From the Internationally Acclaimed “Buddy Holly Story”, Zachary Stevenson performs an exciting Tribute to Buddy Holly LIVE in concert.
As an accomplished actor and musician, Zachary has played the starring role as Buddy Holly in over twelve different theatrical productions of the "Buddy Holly Story" across North America. With his own unique performing style, humour and an impressive repertoire of knowledge about Buddy, Zachary will leave you captivated and entertained throughout the entire performance. This show will be backed by the Rockin' Royals Band. 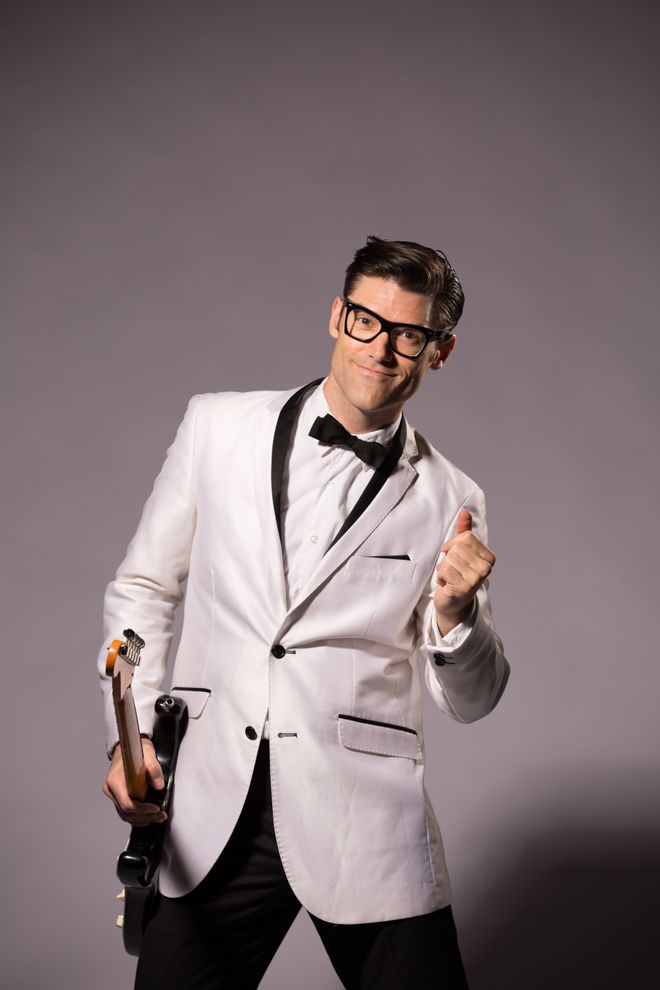